Vehicles are introduced to the EHR Nov 28, 2018 in the form of a Jeep-like off-road car called Park Ranger.

The first ever vehicle in the EHR is the Jeep-like Park Ranger. It comes in various designs, but all of these cars have the same in features and functionality.

The Park Ranger can be used in all reserves except Whiterime Ridge and Piccabeen Bay.

When adding the Park Ranger to the game, it was important to retrain the game's stability and balance. Herding and exploiting is avoided by various measures.

Press J to place the vehicle. By holding the right mouse button you can rotate it before placing it. 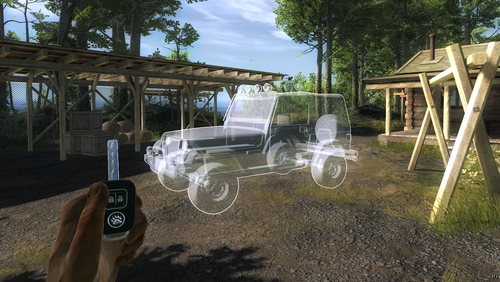 When the car is deployed press J again to bring up the pie menu.

This video is a summary of the pre-release live stream done by EW with topics ordered.