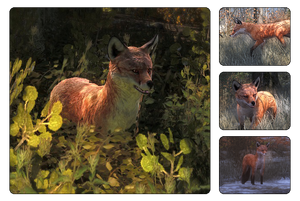 The red fox (Vulpes vulpes) is the largest of the true foxes and the most geographically spread representative of the Carnivora, being distributed across the entire Northern Hemisphere from the Arctic Circle to North Africa, Central America and Asia. Its range has increased alongside human expansion, having been introduced to Australia, where it is considered harmful to native mammal and bird populations.

The species has a long history of association with humans, having been extensively hunted as a pest and furbearer for centuries, as well as being prominently represented in human folklore and mythology. Because of its widespread distribution and large population, the red fox is one of the most important furbearing animals harvested for the fur trade.

Introduction
When you see an orange spot sneak through tall grass or underwood, you might be spotting a Red Fox. This sneaky small animal a very aware of its surroundings and not easy to track down, which increases your satisfaction when finding a big dog. Some fur variations like the Cross or Gray add a bit to the challenge, because these can hardly be seen anymore as opposed to their Common peers. If you are lucky you might spot and even kill a rare albino or melanistic. You don't see very many of these apparently super rare animals reported in the public communities such as the game forum.

Spawning
Several foxes can spawn in the same area, however there is no group behavior. All foxes roam the areas on their own.

Clothing
The red fox has a very good eyesight and will detect slightest movements from far. Consider using the Sneaky 3D camo clothes for the area you are in to reduce your visibility. Val-des-Bois requires the summer camo version. Hirschfelden requires the fall camo version. Hemmeldal requires the winter camo version. Sneaky 3D camo clothes provide no scent or sound reduction though. Foxes also have very good senses for smelling and hearing. Consider additional protection such as Face Paint or a Ghillie Suit, but remember the loudness of this suit and reduce your movements to a minimum.

Searching
The score of the red fox is the weight. Carefully follow tracks of heavy males. Glass ahead often when the Huntermate tells you that you have come close. The bright fur of the Common variant can be seen quite well. Many times when you come in reach you will get a call from the fox. Even if you walk or run into fleeing tracks, when the estimation predicts a high weight, take the time to stalk that fox.

Luring
Use the Predator "Jackrabbit" Caller to lure the fox to you. Many times foxes do not come in a straight line to your call. Move backwards and lay down so they cannot detect you. It can take a very long time until the fox arrives. Sometimes it even calls before it gets to the calling position. Do not change your plan in that moment. Keep waiting, it will come. It can trot or walk to the call. When it arrives, it circles the spot you called from. In that process the fox can come closer to you than you expected before returning to where it is supposed to end up. Make sure to back up at least 30-35m if you can. If you keep this distance, you can also maneuver with your weapons and also get up from a prone position for a bow shot without being detected. Once you are up, don't waste too much time for the shot. Don't rush the shot, but be quick. It can take some practice until you have a good feeling for what is a safe distance for staying undetected while still being able to place a deadly shot.

Field Judging
It is possible to tell large foxes from small ones, but not easy. Behave as if every single fox you find might be a trophy. Even females can get high scores as they are not much lighter than males.

A spooked fox is even more aware of you than it was already when in calm state. Immediately following all tracks will usually result in the red fox run again, and you will only find alternating fleeing and roaming tracks, but never the animal. After a few fleeing tracks, wait and spot. Again the bright orange color of the Common variant might give away its position. When you have a small circle on the Huntermate, you have likely come too close already and the fox will be gone. The safest method for winning this game is to wait a while, then slowly follow and hope for a call from it. You can then know it has calmed down again and can be lured back to you. 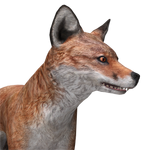 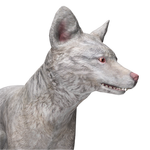 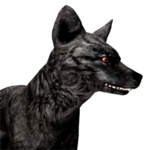 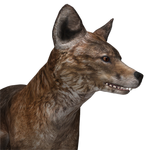 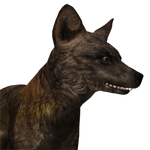 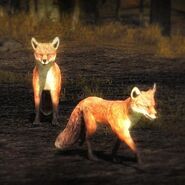