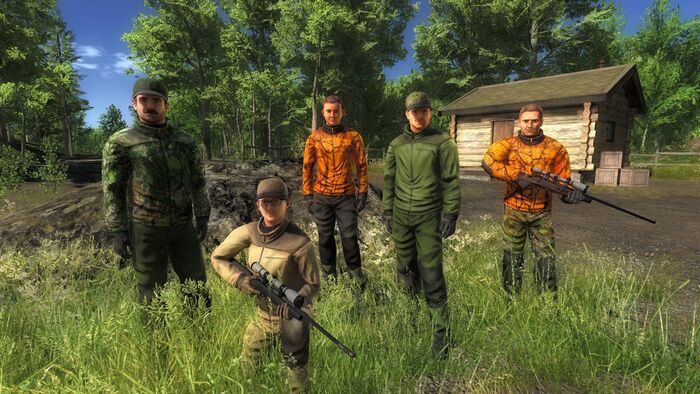 In a Multiplayer hunt, you and your friends can work together or compete to harvest trophies all within the same game. Multiplayer hunts are controlled by one user's machine, called the Host. It is recommended that player's with higher power computers become the Hosts for multiplayer hunts. Some Competitions are Multiplayer hunts only, so make sure you are using that to your advantage.

As of June 3, 2013, multiplayer hunts are a freeform experience where the host may have rules, but the game does not enforce them. Thus, the host of the multiplayer hunt must be aware of the consequences of making their hunt available to the public. There are some options to limit who can join a multiplayer hunt. [1]

Along with the standard game options, such as Reserve and Start Time, Multiplayer hunts have other options:

Once you have selected your options, click Create Game, and the hunt should start as normal. If you have any problems starting the hunt, please check out the Multiplayer Connection Issues page.

Playing in a Multiplayer Hunt

A Multiplayer hunt is much the same as the single player experience, with a few important differences. Firstly, your friends can hunt with you! You can communicate via Chat. All players can be seen on the map and huntermate, as well as within the game world. All players can draw on the map to indicate whatever they wish, such as call locations, no entry zones, stalking paths, etc.

These hunts have some restrictions:

Some ideas for ways players can work together when hunting multiplayer:

If players are wishing for a more competitive experience, read the article on Multiplayer Teams.

As a host, there are several administrative tools to help you keep the experience positive.