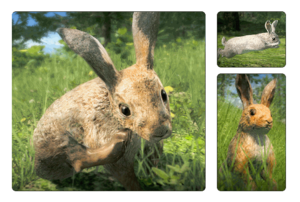 The European rabbit or common rabbit (Oryctolagus cuniculus) is a species of rabbit native to southwestern Europe and northwest Africa. It has been widely introduced elsewhere, often with devastating effects on local biodiversity. However, its decline in its native range, has caused the decline of its highly dependent predators, the Iberian lynx and the Spanish imperial eagle.

The European rabbit is well known for digging networks of burrows, called warrens, where it spends most of its time when not feeding. Unlike the related hares (Lepus spp.), rabbits are altricial, the young being born blind and furless, in a fur-lined nest in the warren, and they are totally dependent upon their mother. Much of the modern research into wild rabbit behaviour was carried out in the 1960s by two research centres.

There is no attractant for the European Rabbit.

Introduction
With the introduction of the European Rabbit, a new animal behavior was added to the game. Animal building and hiding in burrows. They will be out and about, but will run "home" quickly when danger is near. The burrow systems appear randomly on the according maps and require you to go find them, if you are after the Euro Rabbits, especially when the European Rabbit cannot be heard or detected with the HunterMate, just like its cotton-tailed peer.

Spawning
Finding them pretty much means finding burrow systems. You can find these system spread over the according maps. Their appearance is random.

Luring
There is no attractant for the European Rabbit.

Searching'
The European Rabbit is very territorial. They stay near to their spawn point, i.e. near their burrow. If another burrow is very close, they will use that to hide in when in danger, but tend to return to their home location. Move around and look for the tracks of this rabbit. Once you find tracks from various animals, you can be sure there will be a burrow near. This however is not always easy to find, it can be in a forest area, and the holes might be hard to see in bad light or in the tree shadows.

It is possible that when you approach a burrow without knowing of its existence, you can see a number of rabbits running in the same direction. Follow them and you will find the holes. A burrow can have somewhere between four to eight (and maybe even more) holes.

If you are after the big trophy follow tracks of heavy females (!). A high Tracking Skill for this animal is inevitable, so read all tracks you can find. Females can reach 2.5kg (2500 grams = scoring 2500) and are heavier than the males which only reach 2250 grams. The weight is the score, finding a heavy rabbit will mean finding a high score. The heavy rabbit will hide inside the burrow, and you will have to wait until it reappears at the surface so you can shoot it.

Shooting the animal
When you approach a burrow, you may see rabbits running for the holes. They tend to all run into the same hole. Knowing this, you can use this to your advantage. Do not run or walk, just sneak up to a burrow. If you had been walking or running, the rabbits will already be hidden inside. In that case go away for a while and return later more silently. Crouch until you are in the middle of the burrow, surrounded by several holes, then make noise. If you are lucky you will have rabbits running for the holes. Be sure to have a Shotgun ready. Do not use a scope though or you might overlook some running rabbits. Look where the rabbits run and shoot as many as you can before they disappear in the hole. As said, they tend to all want to use the same hole in such situations.

This method makes sense when you first encounter a burrow, but then you will have to switch your tactics. Simply lay flat very near the holes, in an elevated spot where you can see as many holes as possible. After a while, the rabbits will leave their homes, come out and move around. You can hear exiting rabbits, so listen for that distinct noise. Pick them with the shotgun or the .22 Air Rifle. With air rifle shots from further away killing the animal instantly, there is a chance that you remain undetected and can shoot another one.

Thanks for these maps to waiora who noted down where he found burrows. 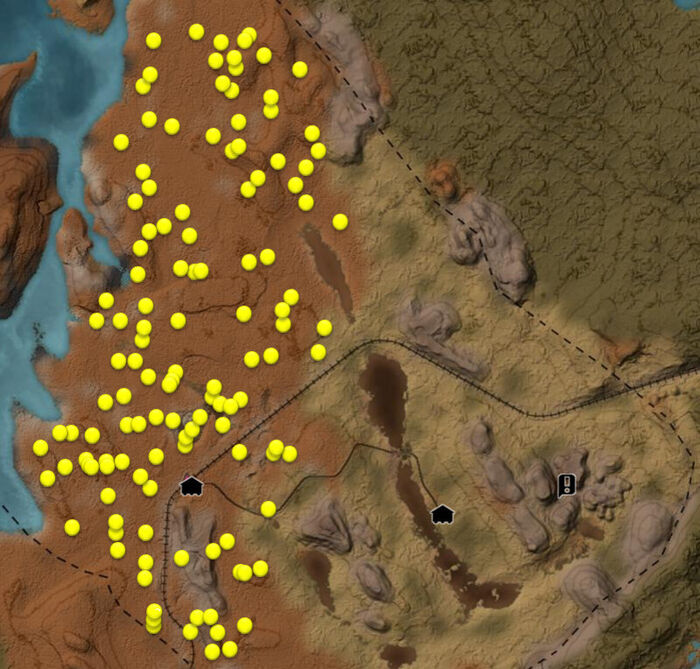 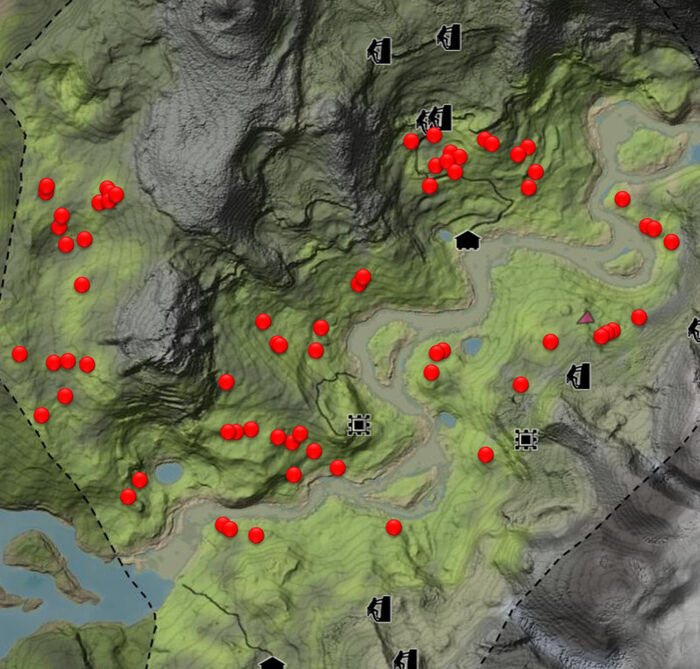