What is Climbing in theHunter?

Climbing is a game feature that was added with the reserve Val-des-Bois. Climbing is a sort of a minigame and was dictated by the mountain nature of the Val-des-Bois reserve, namely to access certain particularly steep areas in this reserve. The ability to climb comes with special gear and some hazards, naturally associated with this kind of activity.

When designing a new species for the game, EW strives to add as much unique gameplay around it as possible, preferably inspired by real life characteristics. One of the most distinguishable features of the Alpine Ibex is their ability to scale almost vertical walls. It became clear very soon that this had to be included in the game to make the species justice. This, coupled with the fact that Ibex are not known to respond to any lures, puts the hunter at a great disadvantage. Climbing evens the playing field by allowing agile hunters to follow their prey up even the most difficult slopes while adding an all new type of outdoor experience to the world of theHunter.

Climbing is as much a requirement for hunting Ibex as lures are generally for other species. In other words, it makes it easier but it is not required. Most of the Val-des-Bois reserve, including the high areas where Ibex roam, can be reached by walking and climbing should be viewed more as taking a shortcut than a requirement.

The amount of climbing paths that can be deployed in a reserve is only limited by the amount of available deployment spots which in Val-des-Bois is about 20. 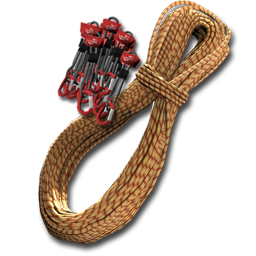 While you are climbing, you can safely fall down two times. This happens when reaching the red zones on the far left and right ends of the balancing bar. After falling a third time, you will drop to the bottom of the rock wall. You will be injured at that point. You will need to either help yourself (or others) using a First Aid Kit, or you need to fast travel to a lodge or Tent.

There are a total of 19 locations in Val-des-Bois. 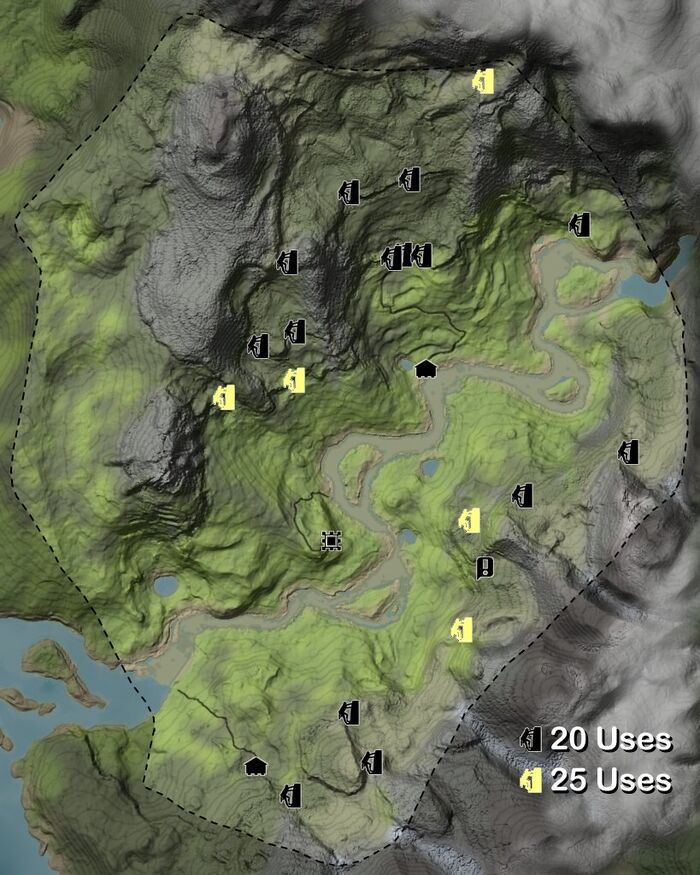