European Rabbit
Add a photo to this gallery

Roe-bit
Add a photo to this gallery

The player can experience a dizziness effect in these warm weather environments.

After some time spent in these reserves, the view will start bluring. 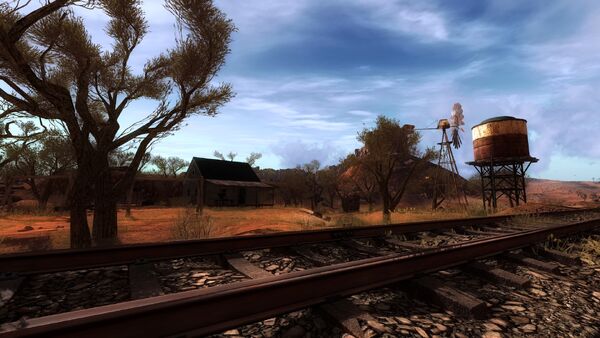 The name Copper Hills stems from an attempt to attract settlers here back in the 1800s. Since very little copper was found in these parts there never was any population boom. The only thing that seemed to thrive here were European Rabbits and Red Foxes. Copper Hills did not become more than a water depot for passing trains. These days it is only used by hardened hunters who dare to venture out in this arid climate.

In the beginning of the last century Walkabout Creek was part of an area of farmlands. However, a combination of rampant animal populations and several years of drought, the old farm station was abandoned. The area is now only visited by the occasional hiker but also hunters who come here for the extensive Red Kangaroo and Feral Hog populations which still pose a problem in these parts.

Some new plants were specifically created for this desert-like reserve.

Spinifex Grass
Add a photo to this gallery

Tree Stand hunting is not an option, the trees in Bushrangers Run cannot hold that device. 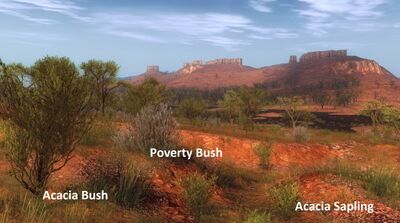 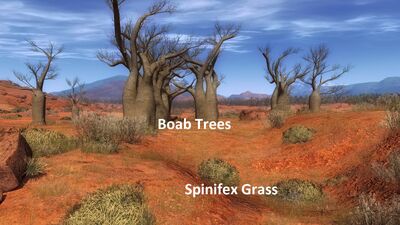 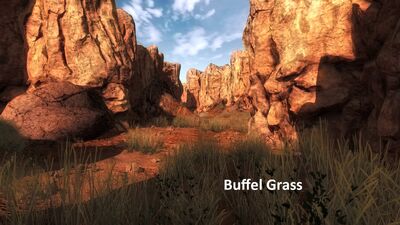 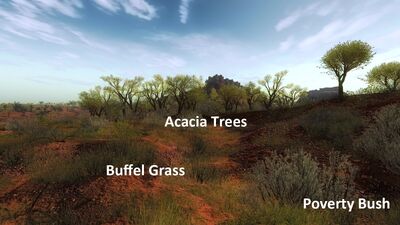 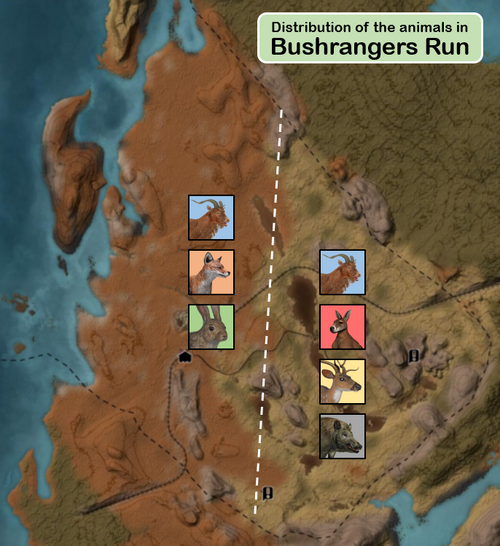 Retrieved from "https://thehunter.fandom.com/wiki/Bushrangers_Run?oldid=19911"
Community content is available under CC-BY-SA unless otherwise noted.